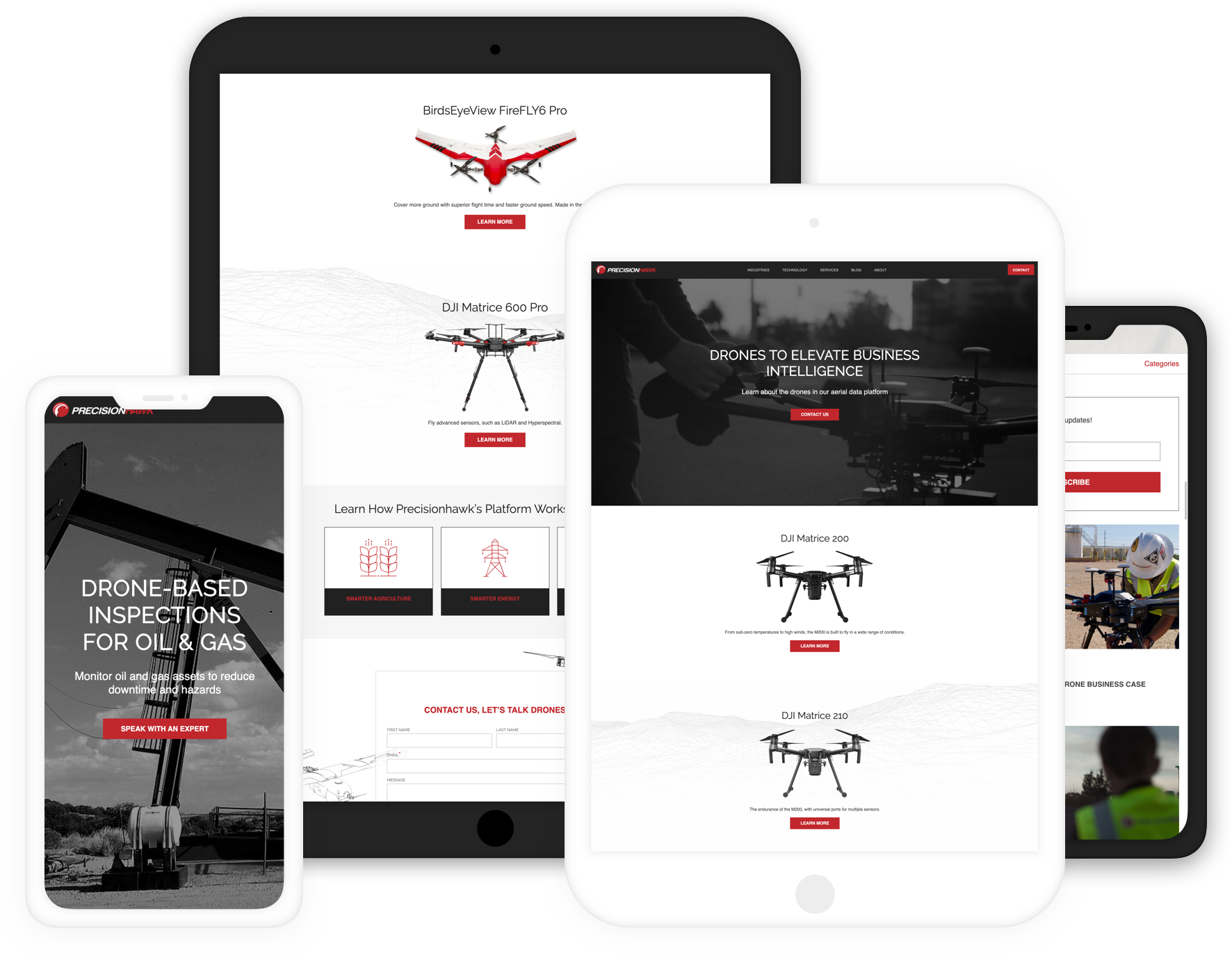 Organizations with large physical footprints—like agriculture, construction, and utilities—need the ability to monitor their operations from above. That’s where Precision Hawk comes in.

Precision Hawk offers an integrated platform of drone and sensor hardware, flight and analytics software, and services for business. As a growing company with evolving products and services, they have to be able to make adjustments to their website continuously and efficiently. The problem was, their web developer built a custom site that only he could edit. And he left the company.

The team at Precision Hawk knew that HubSpot was the premier website and marketing platform they needed. HubSpot’s all-in-one platform would give them the ease of use to make rapid adjustments to the website and the power of campaign tracking and marketing automation behind the scenes to scale and grow quickly.

“We really wanted everyone on the team to have a hand in our site and be able to do what we wanted,” said Courtney Walker, Designer at Precision Hawk.

They were happy with the look of their current site, so they approached Sprocket Rocket with the goal of moving their existing site over to the HubSpot COS with no design changes.

“We had a beautiful site which is still very beautiful, but only one person could edit it, and it took a whole editing cycle to get that,” remarked Nathan Cavicchi, Demand Generation Manager at Precision Hawk.

In just 60 days, the Sprocket Rocket team had launched the site on HubSpot, and no one in the C-Suite noticed. “The reaction we got was no reaction, which was perfect because we didn't want a site that looks really different,” said Walker. “We just really wanted to focus on how it was working differently on the backend.”

“I was at the sales kickoff meeting with the entire sales team when they activated it,” said  Cavicchi. “No one knew, so we nailed it perfectly. My boss told me that was the most smooth activation of a new website she's ever been through. And she's been through a few.”

But the transition wasn’t as simple as it appeared from the outside.

The site contained a huge variety of content and some complex page structures. And several mid-project adjustments had to be made.

“Sprocket Rocket rolled with the punches,” said Cavicchi. “We started to see different pages come to life that we hadn't thought of being done that way. The artistic things that Sprocket Rocket did on the site really did pop. We were able to do some really cool sliders. We got a lot of compliments on the image that stays static on one side with the sliding text on the other.”

“We came to them with a lot of different things that needed to be done,” commented Walker. “We changed our course of action a few times during the process. We love working with Sprocket Rocket because they are so flexible. Sprocket Rocket really helped us prioritize what was built when—what should come first and foremost in the strategy.”

The Precision Hawk team raved about communication from Sprocket Rocket.

Cavicchi particularly liked the ability to converse through Slack. “I live on Slack, so being able to adjust to the way that I communicate was amazing, especially compared to other vendors I’ve worked with in the past across many different fields and projects.”

Walker was impressed with the speed of response from the Sprocket Rocket team. “There's no waiting in between feature requests and bug reports. We could get in touch with someone to get the fix done quickly.”

“Lean Labs is the partners I didn't know I needed, but now I'm glad I have” 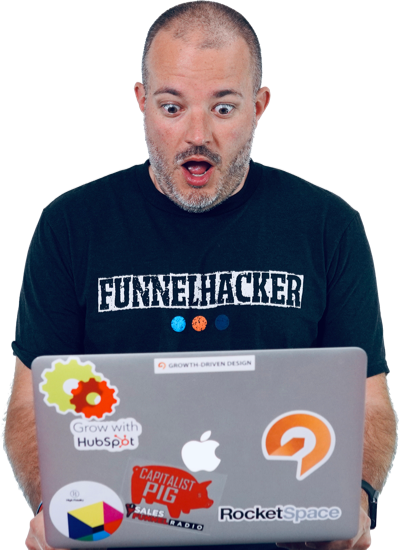