Growth can be expensive, risky & challenging - but it doesn’t have to be 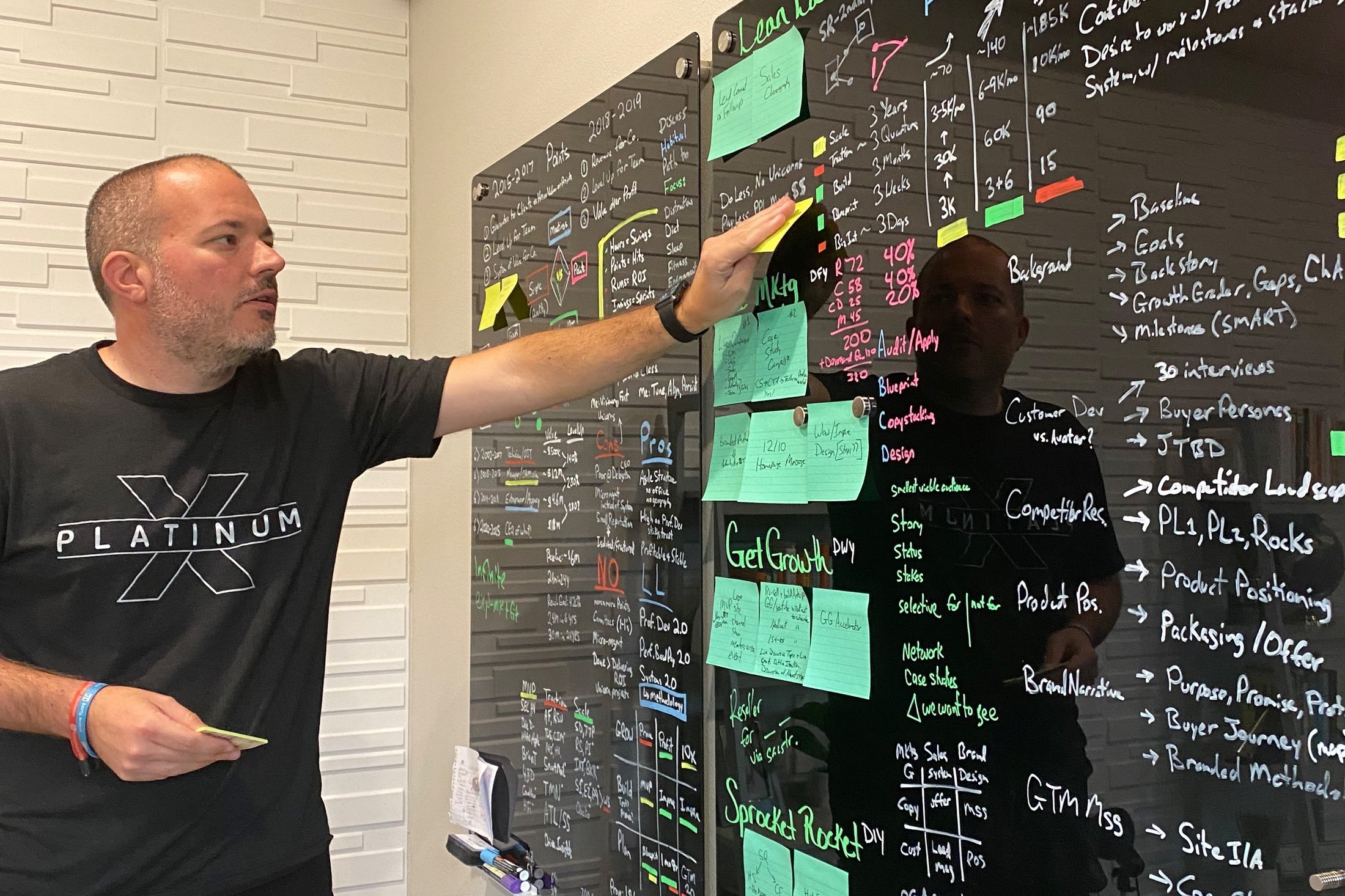 Are you facing growth blockers that are holding your company back from scaling customer acquisition?

The root cause of growth blockers: the talent gap

Hiring a full in-house team is a huge investment, and it’s difficult to scale.

You have to find great candidates and invest in recruiting the right fits for your team. Then, you must train them and onboard them into your brand culture and get them up to speed on your products and services and target audience. In addition to all of this, you must invest time and capital in managing all of these employees.

Then, there’s the elephant in the room: employee turnover. Replacing an existing employee is expensive and time-consuming for any brand. And, it’s not just the lower-level employees who are changing jobs.

We have compiled data on all the companies we’ve worked with, and we’re surprised by the statistics we see across industries:

Smaller companies:
VPs of Marketing last an average of just 14.1 months.*For context, at Lean Labs, the average tenure of our team is over four years.

Hiring an entire in-house team is simply not the best first move for a lot of companies who need to get to market quickly and start growing immediately.

Are agencies the solution?

There is a huge problem with the old-school agency model:

How did agencies get here?

Because agencies are historically focused on the very top of the funnel: awareness & acquisition. 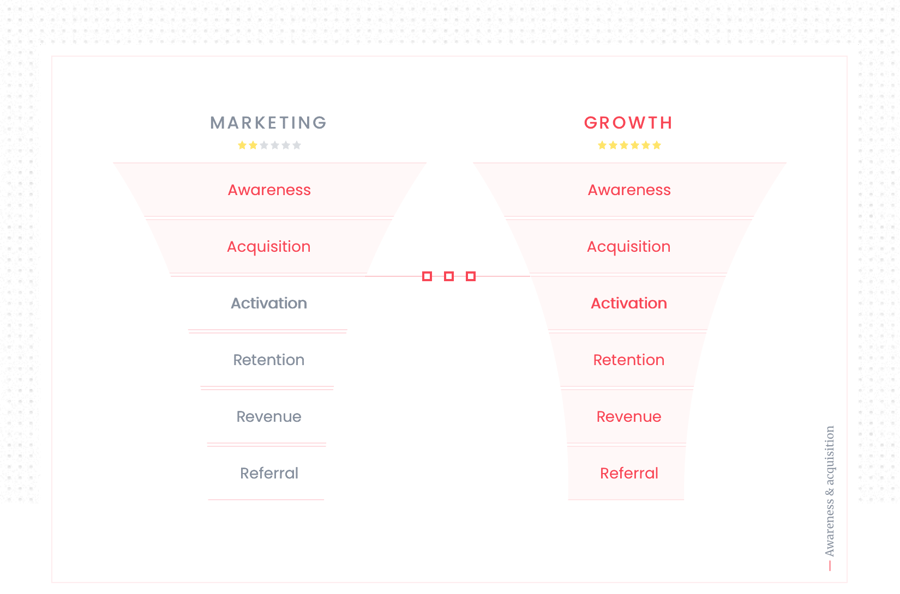 The brand is responsible for having a rock-solid activation, revenue, retention, and referral system in place to maximize the value of the agency. Few companies have this without a robust and long-standing team, because it takes a long time to build from scratch.

Without those systems and processes, agency investments on awareness and activation are filled with waste. The symptoms usually show as a sales team complaining about the quality of the leads they have to work with.

“Our digital leads suck!” is a pretty good indication that your marketing is focused on the first two levers of growth, and at least one of the last four are broken.

A better model: the growth team

Lean Labs is not a marketing agency. We are a growth team.

But, it wasn’t always this way.

For six years, we were growth hackers that focused primarily on conversion rate optimization. We had people working on design and development to drive better conversion rates. But, most of the clients we worked with had no system or plan for top of the funnel engagement. Instead, they relied on paid advertising to fill their funnel with leads.

But, we started to recognize that every year, ads cost more and returned less.

We realized that we could be so much more impactful for our clients if we could help them get a scalable organic traffic generation system to replace their paid ads.

That’s when we bought into the inbound methodology and became a part of the HubSpot ecosystem. We became an inbound marketing agency for more than six years, focusing on generating high levels of organic traffic and leads and crushing conversion rate optimization.

After six more years, we noticed something else.

If our client didn’t have amazing offers and activation, and a robust sales system to acquire customers at a high enough rate, more traffic, and leads, didn’t really help them that much.

If your winning at awareness and activation but any other lever is broken, it amounts to waste. All that spend and effort will not amount to scaling growth because the leads will not make it through the entire system at a high enough rate to win.

That’s when we had this realization that, in order to truly live up to our core value of “value over profit” we had to make a bigger impact for our clients. And that led us to the epiphany that we needed to focus on all six levers of growth.

Do you need a growth team?

If you build an in-house team, you will have to recruit them, train them, and hire someone to manage them.

You will need documented processes and functional systems.

For most companies, this can take 2-3 years minimum to get in place. Employee turnover dramatically impacts this timeline, rarely in a positive way. But all great brands build a growth team

How they did it

Some startups begin by hiring the in-house expert at the senior level who can recruit a rockstar team and build the system from the ground up.

Well-funded startups often default to this route, but it takes time. 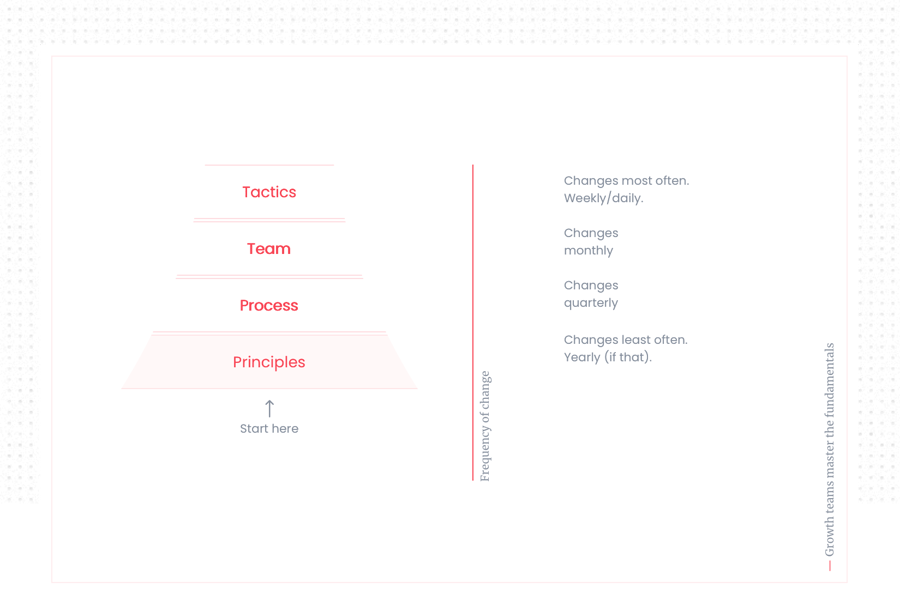 A warning about agencies

Most marketing agencies pile as many clients onto their team as possible to maximize revenue. Their customers get cookie-cutter strategies and minimal attention, and most of the time, no meaningful growth whatsoever.

We recommend choosing a growth team that has a 1-to-1 team member to client ratio. They are generally a little more expensive, but they are much more bought-in to your company’s success and aren’t bogged down by unrealistic client loads.

The 5 benefits of an outsourced growth team

The talent gap is real.

Where are your talent gaps?

For most companies, hiring in-house to fill all talent gaps is impossible. It’s simply too expensive and too difficult to hire, train, and manage a team from scratch. And, without a proven 6-lever growth system in place, it can be a train wreck for a long time with a lot of new team members.

Outsourcing a growth team can lead to an almost immediate ROI at a much lower budget.

Not every growth team is the same. Different brands have different structures in-house, and there are different roles you may want in-house rather than outsourced. What you really need to do is understand your gaps in performance. Then, you can start thinking about who should fill that gap rather than how to fill the gap.

Flexible
They can ramp up or ramp down inside a particular discipline as needed.

Proven
They have the processes and systems to implement and case studies to prove they work.

Lean
They can be easily managed by a single marketing manager, CMO or CEO.

Model
You can backfill your team and eventually bring the entire growth team in-house with proven systems and processes the new in-house team can model.

Skin in the game
There is a performance-based retainer in place. No one-sided wins, if they perform they get rewarded. If they underperform, they carry some of the risk.

How can Lean Labs help you grow?

If we could ask two favors, it would be for you not to rush to hire.

Your brand is too important to put together your growth team flippantly. Remember, if you ask an ad agency how to get success, they will always tell you more ads. If you don’t do your homework, you could end up hiring the wrong team, wasting budget, and worse, being slow to scalable growth. 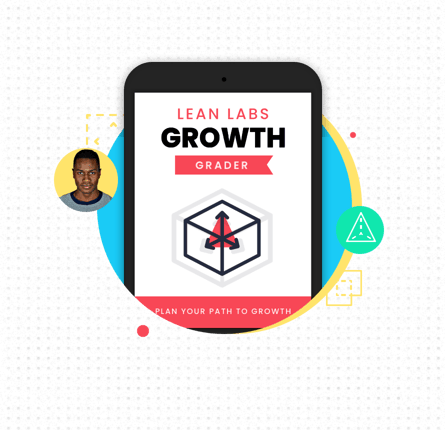 Use our Growth Grader tool to accelerate growth

What’s the best next step?

Learn exactly what’s holding you back

Download our Growth Grader, so you know your score. Use that score to identify what you need to work on so you can focus, execute, and win.

See our playbook for accelerating growth

Download our growth playbook and see how we choose short-term, high-impact strategies that drive a high ROI, and how to use the gains to fund the next milestones for growth, on your way to 10xing your growth.

Let's talk and put together a game plan for 2020. In this conversation, we can show you our insights and the path we would take to grow your brand. Then, you can take action… or not. There is really no pressure.