Kyjean Tomboc finished nursing school but found joy in plucking and stringing words to ​create value-driven content for brands in the health, life sciences, and lean startup niches. She loves everything strategic in creating content -- from CRO to SEO to SMM to UX (the Internet sure loves acronyms!). Her current obsessions include the human gut microbiome, A/B testing, and Benedict Cumberbatch. Kyjean is also a seasoned trekker.

These days, savvy marketers understand that social media is more than just a tool to spam your followers' feeds with scheduled tweets or Facebook posts. When done the right way, it can be a significant influence on purchase decisions, whether online or offline.

What is the right way anyway?

Like everything else in inbound marketing, a smarter approach to social media means figuring out where most of your customers hang out, being a pro in social listening, and building genuine relationships with your tribe in real-time. You get bonus points if you learn the art of rubbing elbows with the influencers in your niche minus the cringe-inducing "follow me and I'll follow you back" lines!

This blog post is for you! This beginner's guide to social media management aims to help you wade through the murky waters of going social by exploring the following:

Traditionally, outbound methods such as cold calling and direct mail made up the bulk of initial interaction between businesses and prospects. Today, the tide has turned. Alongside search traffic and email marketing, social media has become a driving force of a majority of business interactions -- from brand awareness to lead generation to customer retention.

To give you a clearer picture of social media's sweeping influence on marketing campaigns today, below is a quick look at the social media marketing statistics in 2015 via the fine folks at We Are Social:

In a 2015 report by Social Media Examiner surveying more than 3,700 marketers and social media specialists, the following figures are worth noting:

Meanwhile, Pew Research reports that Facebook remains the top dog of social media channels, wherein 72 percent of online adults are Facebook users. The engagement rate is at 70 percent, saying they log on daily, and 43 percent do so several times a day.

Ultimately, the future looks bright for social media. Marketers in the US and Canada were estimated to spend more than $50 for each user across social channels in 2015.

Why Your Business Needs to Go Social

If those figures are not enough to convince you to take your social media campaign seriously, here's an excerpt of Marketing Insiders' CEO Michael Brenner's presentation Marketers, Publishers, Agencies and the Battle for Attention":

There are 200 million people on the U.S. 'Do Not Call' list. Over 86% of TV viewers admit to skipping commercials. Forty-four percent of direct marketing is never opened. Roughly 99.9% of online banners are never clicked. Buyers wait until they have completed 60 to 80% of their research before reaching out to vendors.

By now, you've probably realized that there's no point in asking why. It's time to move on to the how.

There are oodles of resources out there to help you hack your way to social media success based on your platform of choice. However, no matter which channel you leverage, it's best to take these basics to heart for a campaign to really work:

There are various social channels to explore to get the word out there for your brand. The same goes for metrics. There's follower count, reach, the numberw of clicks, shares, likes, and re-tweets.

As Buffer's Kevan Lee writes: Social media stats aren’t just as simple as looking at the right numbers! There’s a difference between knowing what the stats mean and knowing which stats are meaningful.

Before you panic out of confusion on what to measure and give up on social media altogether, the Moz team have it all figured out. The takeaway from that post is to steer clear of vanity metrics and focus on social engagement metrics in relation to where your target audience are in the sales pipeline. These key areas are the following:

The transition from beginner to pro in no time by learning from the social media masterminds we've listed in our 50 of the best inbound marketing influencers to follow in 2016.

Putting It All Together

Guides, tools, and influencers are a huge help. Yet you alone know what makes your audiences tick to ensure engagement.

Not everything that's been written to work will work for you. Today's marketers are also data-driven and are not afraid to experiment. No matter what social media channel you'll find success, it boils down to building trust as your fundamental compass.

What are you current challenges as a beginner in social media marketing? 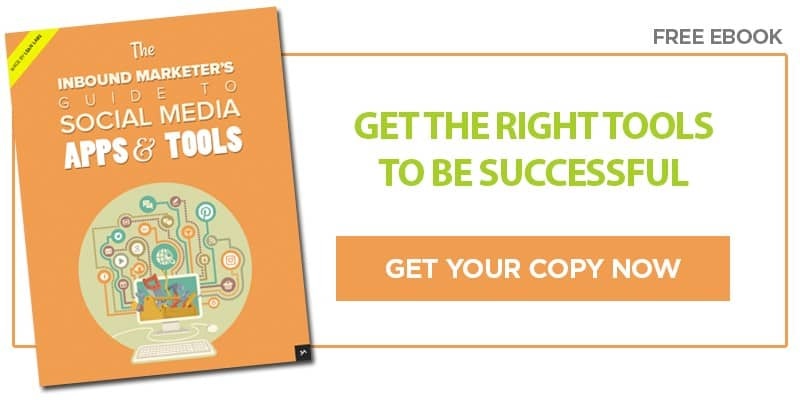