That's how many hits appear when searching "how to be more productive." Which begs the question – when did we become so obsessed with productivity?

Though our Puritanical roots undoubtedly set the stage, our problem appears to stem from the emergence of computerized technology. As the speed, efficiency, and immediacy of computers became more common, so did exceedingly high expectations.

An increasing number of employers demanded their employees get more done in less time. The productivity gurus responded by inventing an endless number of systems, hacks, and tools. Look no further than the Apple Store for an array of note-taking, calendar management, and brainstorming apps; with names like “Self Control,” “Rescue Time,” and “Freedom."

Can you really fix a problem with the same mindset that created it? In this article, we'll argue that you don't need yet another app to be productive – what you need is the right perspective. In this post, we'll explore modern pitfalls that sneakily undermine productivity.

The 7 Roadblocks to Productivity

Work. Appointments. Client meetings. Unless you're living in Spain (where "Let's meet at five" really means "Let's meet anytime after five"), you must be on time.

Not only does your punctuality demonstrate respect for others, it also sets the stage for a more productive day. Think back to the last time you were late: What thoughts were you having? What were you feeling?

Most likely, you felt anxious. Take that feeling into your next task, and you'll be hard-pressed to produce your best work. Instead of rushing from one event to the next, pad your schedule with extra time. If you're early, you'll have more time to brainstorm ideas. And if something comes up (like a puppy potty training incident), you'll still be on time!

The trick to being on time?

Examine the most recent events where you felt rushed. Ask yourself: Were there any common factors? Did I focus my attention on things I shouldn't have? Once you've identified your late offenders, take action to eliminate them.

We all have certain assignments we like more than others. Some of us even have assignments we enjoy, but only once we "get into them." While putting off our most challenging work is tempting, doing so can significantly decrease our productivity.

Although you may consider yourself productive while working on other stuff, that task you labeled "difficult" is still floating around in the back of your mind. Many productivity gurus emphasize prioritizing your most challenging task at the beginning of the day (when will-power is strongest). Mornings tend to provide the fewest distractions.

"If you eat a frog first thing in the morning that will probably be the worst thing you do all day."

Emails are not meant to be responded to immediately. That's part of what makes the medium so revolutionary – it's an asynchronistic form of communication.

Unfortunately, this is NOT how the average office worker uses email. In a 2015 study, U.S. workers reported devoting 3.2 hours to work emails and 3.1 hours to personal messages a day. That's a total of 6.3 hours! Understandably, the temptation to manage an overflowing inbox is difficult to avoid.

Here's what to do:

How often do you surf the web at work?

The average office worker surfs the web between 1 and 3 hours a day. Shopping, banking, bill paying, and more are all commonplace. While most employers don't mind a small amount of computer use for personal business, you must create boundaries. Otherwise, what may begin as a quick task, could easily turn into "the black hole" of browsing.

Anticipating difficulty in weaning yourself off? Try downloading an Internet restriction app. The programs work by temporarily locking your browser for a time period you set.

We already mentioned how over-checking email can hinder productivity. But that's really just the tip of the iceberg. According to market researcher Radicati Group, the average office worker sends and receives 121 emails on a daily basis.

After tracking the email patterns of a London-based power company, a team of research scientists identified 80 percent of the company’s emailing as “waste,” as reported by the Wall Street Journal. Researchers concluded that a phone call or face-to-face discussion would have better supported communication in most instances, and eliminated time spent on each issue.

Here's what to do:

Though multitasking is often considered a desirable trait, it IS task-dependent. For example, folding laundry while watching Dancing With The Stars (and fielding the occasional homework question) is multi-tasking at its finest.

Conversely, switching between multiple browsers while crafting high-level strategy is a terrible idea. Yet, we do it all the time. As reported by Entreprenuer, multi-tasking reduces our intelligence, drops our IQ, causes us to miss subtle cues, and makes us less patient.

The solution? Notice the moment you begin to flip back and forth and refocus.

A 2008 University of Illinois study found the brain’s attentional resources eventually drop after focusing on a single task. The brain gradually uses up oxygen and glucose, its primary forms of energy. The good news is that energy can be recharged with quick breaks.

“Like time, energy is finite; but unlike time, it is renewable,” Energy Project CEO Tony Schwartz wrote in the New York Times.

So, what is the magic recharge number? Some experts say 20 minutes; some say 55 minutes. The key is to notice when your work becomes harder to focus on, and schedule breaks accordingly. No matter what, take a lunch break away from your workspace. The change in environment will help you relax.

As you can see, staying productive isn't a matter of using the right apps; it's a matter of eliminating obstacles. Remember: productivity apps, hacks and systems are no substitute for the right mindset. Now, get to (more productive) work, and make our Puritanical forefathers proud!

We'd love to hear your how you stay productive! Share your productivity hacks in the comments below. 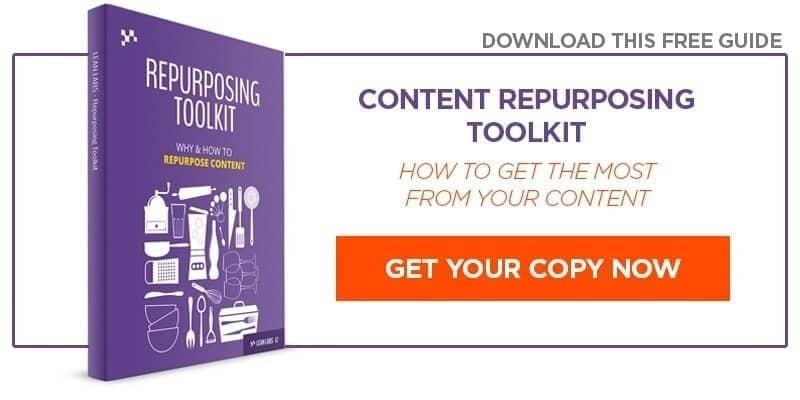